It is my first time going to a concert.. What a fantastic experience! I have watched a few concert dvd and always wonder what the feeling would be like if i was right there. I would like to say "no regrets!" but... haiz.. didnt managed to purchase the concert merchandise even after queuing for quite some time. so disappointed!

Photo updates of a few places that was visited.. 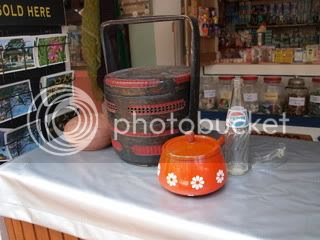 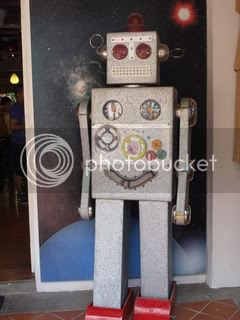 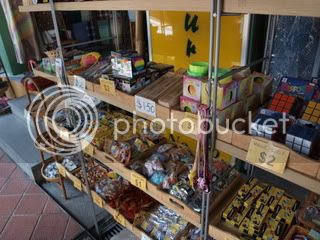 cafe with a nice atmosphere... 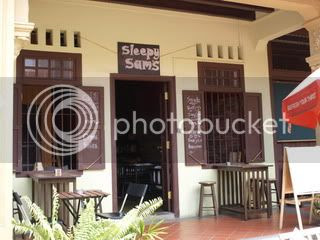 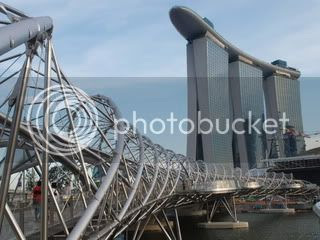 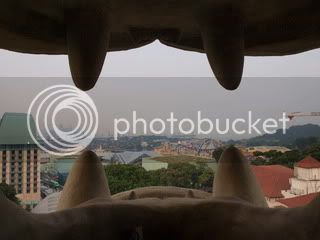 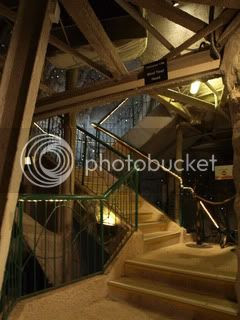 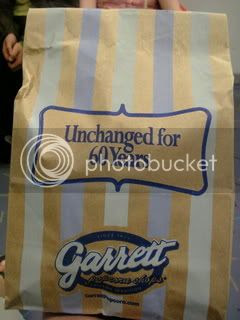 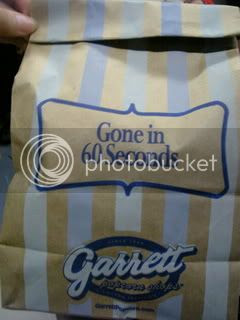 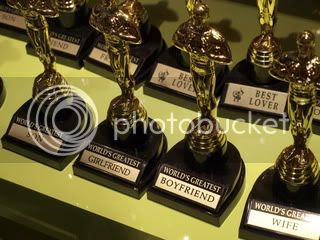 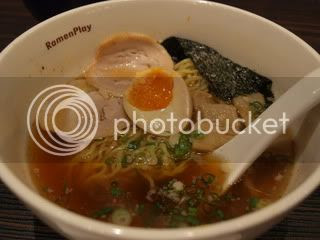 Received my first ever fedex package today. Although technically, i could have gotten it ystd. 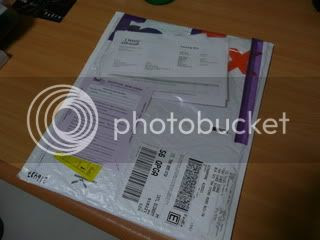 The item.. oopsx I forgot the flash... 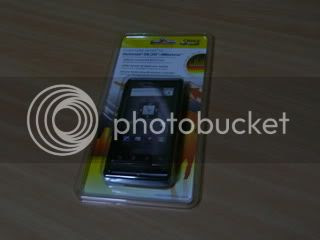 The front and back cover.. 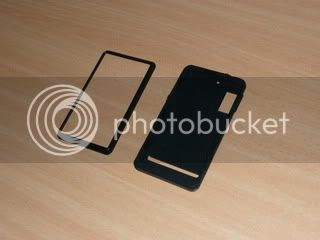 its a solid cover, but the back of it feels plasticky compared to the rubber and classy feeling of the phone. And due to that, e phone no longer "sticks" onto the table. It easily slides across the table, something which i do not really like. Maybe they want to demonstrate the quality of their shock protection. All the ports are covered and well protected. It also make the side buttons easier to access. It added abit of weight and bulk, making e phone thicker than it is supposed to be. but overall im quite pleased with the protection it gives to my phone. Although i am rather careful in trying to ensure it does not drop, the solid cover adds peace to my mind.
Posted by aegis at 11:15 PM No comments:

saving all my love for you....

its performances like this that makes me continue watching the show. so smooooth~

btw both are not contestants. hahaha. kinda weird if i dun put a song by a contestant.. so here is my fav..

After waiting for many many months, anticipating the arrival of Motorola Milestone in SG, it is now available EXCLUSIVELY to the green teleco.

While flipping the Straits times, saw 2 advertisement. 1 read "F1 EXCLUSIVELY on mio TV".. that 2 provider just do not learn their lesson do they. After the world cup saga which is still pending, they still want to continue achieving exclusive rights.

the next advertisement read
"APOLOGY.

Courts would like to offer an apology to all our competitors, for the shockingly low prices at our Courts Massive Clear-out. To all those executives whose golf game or family outing has been cancelled in order to return to the office and debate our low prices, we are truly sorry for disrupting your weekend.

We realise that, in an already competitive retail environment, this makes things that much tougher for you. As you know, at the start of 2010, we made a promise - the Courts Price Promise 2010 - to our customers that they would enjoy the lowest prices, guaranteed. (We know our prices are the lowest, because we check them daily).

The promise to our customer is one we intend to keep, so the least we can do is offer you our sincere apologies."

Seriously, what a big slap by Courts on the other retail companies. how arrogant can they get.

Its high time to re-think about such marketing strategies such as Exclusivity and Lowest Price.
Posted by aegis at 12:21 PM No comments:

Its been quite some time since i last blogged. (I am wondering if i am going to use this opening for my future posts as well...)

I haven been rushing assignments since CNY!!! How i long to play soccer, watch variety shows and play my PSP. Been getting rather sleepy these days. Mondays seem unusually long (as usual..) My lesson started at 10am, ended early at 11.15. Start my reading from 11.30 to 2.30, while nodding off at the same time. Had a short break till 4 and lesson early (surprisingly) at 5.40. After reaching home and finishing my dinner, i am rushing my project. Taking a break from the project now.

Haha, i wonder if anyone is still reading this after that utmost boring paragraph. I think i am learning the skills of the authors of my reading coursepack. Boring people to death.

Anyway, i have made an interesting observation during my toilet break in school. Nope, the observation was not made in toilet but on my way to the toilet. There was this group of presumably primary school students on some science exploration or something. The prof (i assume) was demonstrating some science theories through experiments.

Prof: "Okie, i need a volunteer for the next experiment..."
Before he could even finish his line, the students go "Me Me Me!!!"

Were you one of those kids when you were young? Volunteering enthusiastically at any chance. This scene reminded me of another scene.

Prof: "I need a volunteer for the next question." (note, this sentence could be 2x longer than the one in the scenario i witness today, and the prof always have the time to finish his sentence.)
Students: *silence*

What had happened to that enthusiasm? Given another context where it does not involve teachers and students, the scenario would most likely remain the same. I admit i am one of the "guilty" personnel who seldom volunteers as enthusiastically as those pri school kids. (But i do not think i will change anytime soon too.)

Have we become too void of emotions in a public sphere? Do we have to witness artistes going through incredible stuns or look out for the presence of attractive prizes before we start donating? (Our "donations" has to be worthwhile...?)

While waiting at a bus stop this evening (okie this makes 2 observations instead of 1 as stated in the title...), the rubbish bin was smoking. The contents were burning, probably due to some inconsiderate user. Despite the many people present at the bus stop, none bothered to even attempt putting out the "fire".

I was hesitating if i should take out my water bottle and pour the remaining water into the bin. Alas, i decided to remain as guilty as the others and ignored the smoking rubbish bin like what the others were doing.

For a moment i felt ashamed for lacking the guts to do something out of the "norm".
Posted by aegis at 8:47 PM No comments:

It has been some time since i updated my blog. So here it is, a geeky post on mobile phones.

It all started in Sept last year when i wanted to get a Sony Ericsson Satio for my birthday. However, i have not fulfilled 18 months of my mobile contract and i needed to top up a $100 to get the phone. I decided against it since i only need to wait a few more months. Thank goodness i resisted the temptation.

Satio runs on Symbian S60v5. This should be familiar with Nokia users. It packs a decent camera, the feature that got me attracted. It is a pretty decent entertainment phone.

Since parting use with my Sharp 903SH, i missed the crystal clear pictures from the CCD sensors and the Sharp AQUOS LCD display. Not to mention the flip factor. The only reason why i stop using the 903SH is due to the thick build of the phone. It is twice the thickness of my current Samsung F480. (Can't imagine how am i going to squeeze it into my skinny jeans.) Of course, there are newer Japanese phones which has the style factor (trust me, it is more stylish than the iPhone. See e video below.) but their functions are limited as it is not supported in Singapore.

Anyway, the latest and hottest term in 2010 is Smartphones and Apps. iPhone has revolutionize how a mobile phone should be like. The ever-aging Windows Mobile failed to hold its ground and iPhone rose to popularity. After being one of its kind, Google has finally provide us some alternatives with their Android operating system. Nokia start to develop their own apps store too. Motorola caught my eye with its "new" line of phones. Motorola Milestone (Droid) seems promising.

It is packed with a 3.7 inch touchscreen, qwerty keyboard with a 5-way button. After using the F480, i really miss my physical keypads. Here is a picture of the phone. 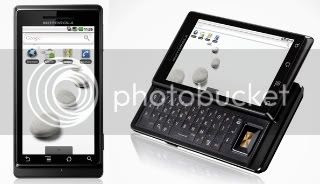 It is not particularly stylish but it is good enough for me. With the Android Apps developing, this phone may be a strong contender to the iPhone. However, the marketing strategies of the telecos in Singapore is not helping the competition. This phone was released in Europe for quite some time, but it is not brought in. Instead, the Motorola Dext is being marketed instead. It will probably take some time before it "reaches" our shore. (although it is already available at some stores which imported the phone.) Here is a video which shows what the phone can do. The video is a review of a user after 24 hours of the phone. It is 25 mins long. For interested viewers, it is worth your time.

The downside of the phone (or rather almost all smartphones) is the lack of camera capabilities. I dare to say, most phones available now in Singapore cannot hold a candle to the camera capabilities of Japanese phones which are made a few years ago. The closest would probably be the Sony Cybershot phones and probably the Samsung Pixon.

What attracts me to Smartphones is the ability to access information on the go. In addition, no 2 phones are likely to be the same with the presence of Apps. You can build a personalized/customized phone to your personal usage. The newer Smartphones are also packing in GPS functions.

To be truly honest, i was quite tempted to get a iPhone too before i stumble upon this phone. However, the number of iPhones floating around is too great! I even see a few aunties using it. No offence to the aunties but that really ruined my temptation to get one. As for Windows operated phones, users can anticipate the launch of their Windows 7 for mobile. (I am not sure what is the official term though.) The way we perceived mobile phones will no longer be the same.

Now, moving on to a phone which i really want to have but probably will not have. the SH-01B!

Here is a brief intro to the phone's outlook.


Look at the cover of the phone, so stylish with LED lights surrounding the phone. Oozing with class. And the swivel touchscreen, with a touch cruiser in the middle of the keypad. Too bad there is no wifi, if not i might think of parting with my money to get it.

I'm getting lazy so i shall not elaborate further. For those interested, here is a Review/User group in Hardware Zone forums.
Posted by aegis at 10:53 PM No comments: